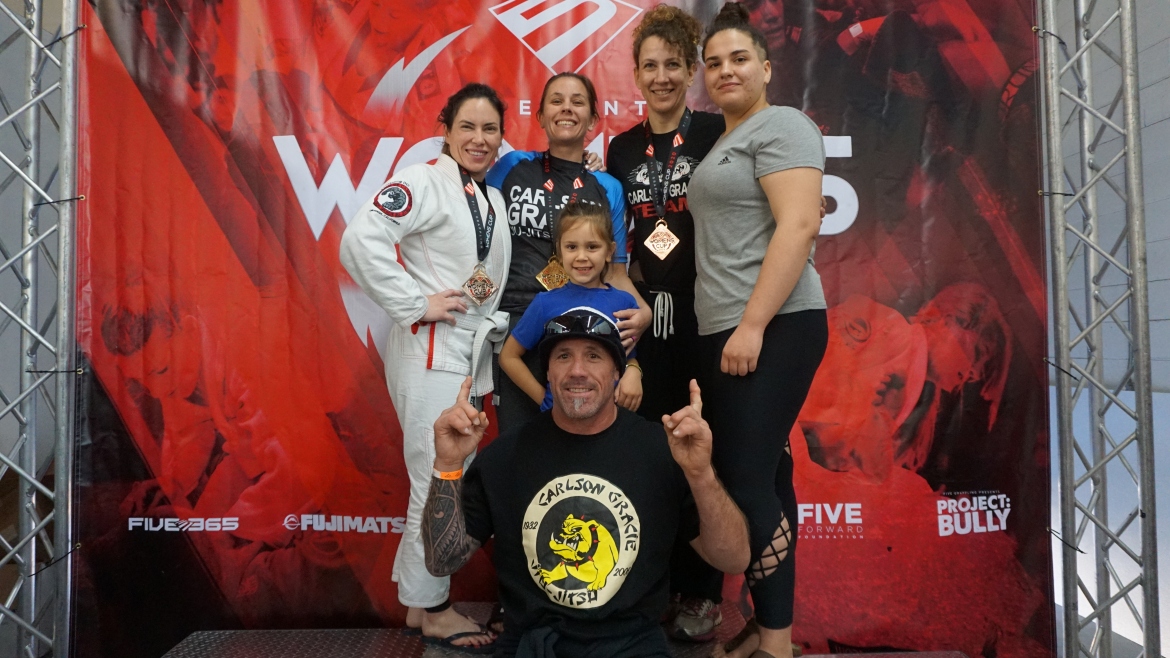 On Sunday, 1/14, a total of 5 ladies took the mats at New Breed Academy for a Women’s only tournament. Alyssa Ramirez was the only kid to compete for us, losing 2 super close matches, including a referees’ decision. Her mother, Marisa, had an awesome day winning herself another gold medal. She won both matches via points. Another blue belt, Piper Maki, took the challenge and signed up in the adult division. She came up just short in both her matches, but fought super tough as it kept going back-and-forth until the final buzzer. Professor Tisha Adams competed for the first time since her injury in 2014. She lost both her matches to some very tough girls, but showed tremendous heart as she continued to escape out of multiple submission attacks. Even after getting her bronze medal, Tisha stayed to coach and support the fellow ladies which is a perfect example of how lucky we are to have such a great leader. In her very first tournament, Andrea Wagner, went 2-1 and took home a silver medal. Andrea won her first match via arm bar, executing the move we practiced all week leading up to the tournament. Her second match was much closer, and a well-timed guard pass gave her the 3 points needed to secure the win. Five Grappling is doing a Women’s Cup 2, Time & Date TBA. 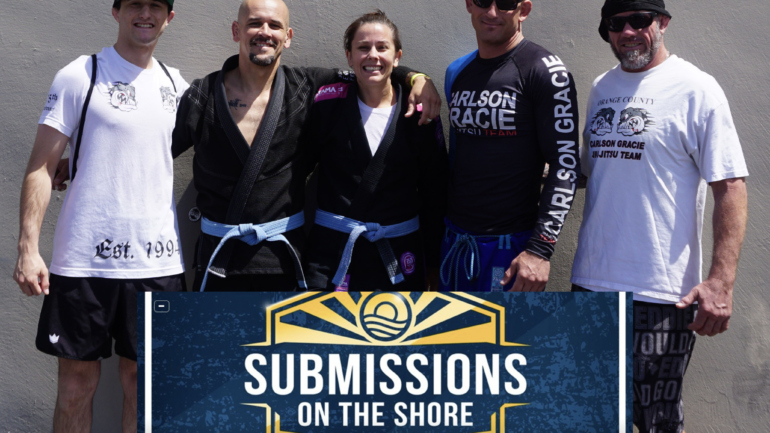 Submissions on the Shore – Huntington Beach 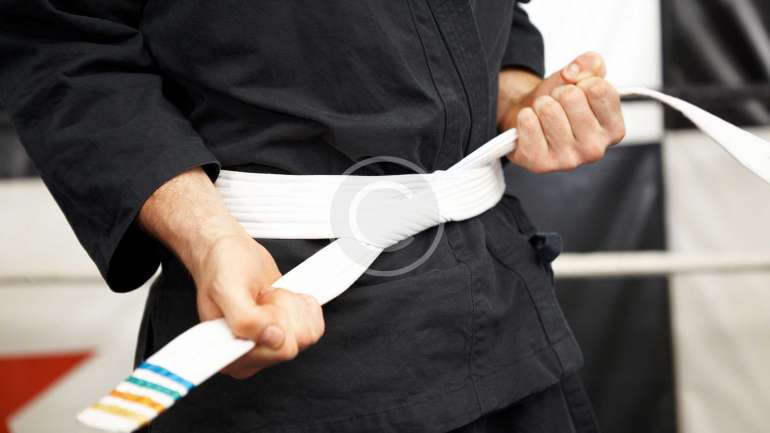